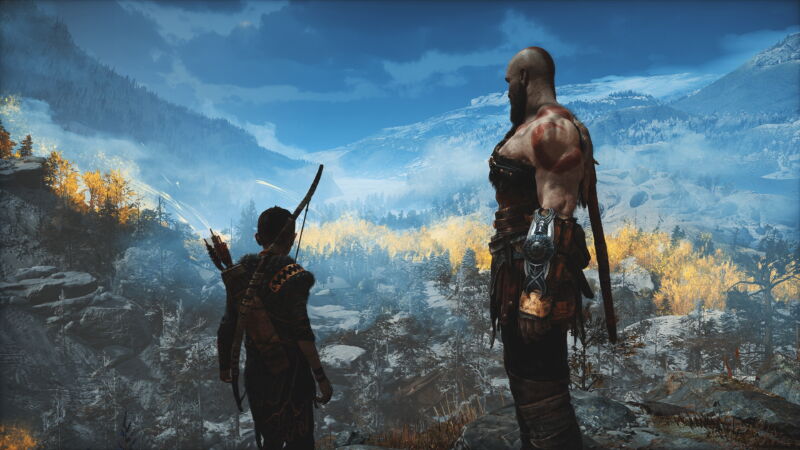 Enlarge / “Boy.” “Yes?” “You are ready… for the PC port.” (This image was directly captured by Ars from the game’s PC build—as were most of the other images in this article, unless otherwise clarified.) (credit: Sony Santa Monica)

While headlines have suggested that Sony’s PlayStation division is more invested in the PC gaming space than ever before, its track record of releases thus far has been a bit shaky, even if the future looks promising. Sony’s combined PC-porting studios stumbled in mid-2020 with Horizon: Zero Dawn, although the company eventually massaged that game into decent shape months later. Meanwhile, Days Gone arrived in 2021 with a solid number of PC-specific bells and whistles. That’s only two bona fide PlayStation “hits” on PC thus far, leaving plenty of popular series missing.
Sony continues its PC-porting streak in 2022 by announcing two more titles. The first, 2018’s God of War reboot,