The effects, and role of technology in Supreme Court confirmation hearing of Ketanji Brown Jackson 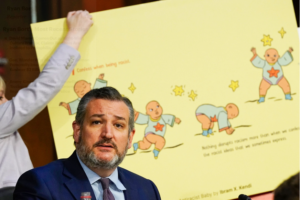 Since 1916, Supreme Court confirmation hearings have been open to the public at large. As the medium of television became more mainstream, broadcasting the confirmation hearings was used as a means of making them available to an even wider audience.  From as early as Justice Ruth Bader Ginsburgs’, and Justice Thurgood Marshalls’ hearings, gender and race have played a role in how hearings have been conducted on the televised stage[1]. These two concepts converged center stage in the recent nomination of Justice Ketanji Brown Jackson.
Ensuring transparency is a worthwhile goal in the pursuit of achieving greater civic engagement. However, there is a downside to such publicity, particularly with the proliferation of social media and user generated content. In many instances the event has become an opportunity for political showboating and, to use Justice Thomas’s words, “…a Circus.”  These events have become so much of a spectacle that some commentators have