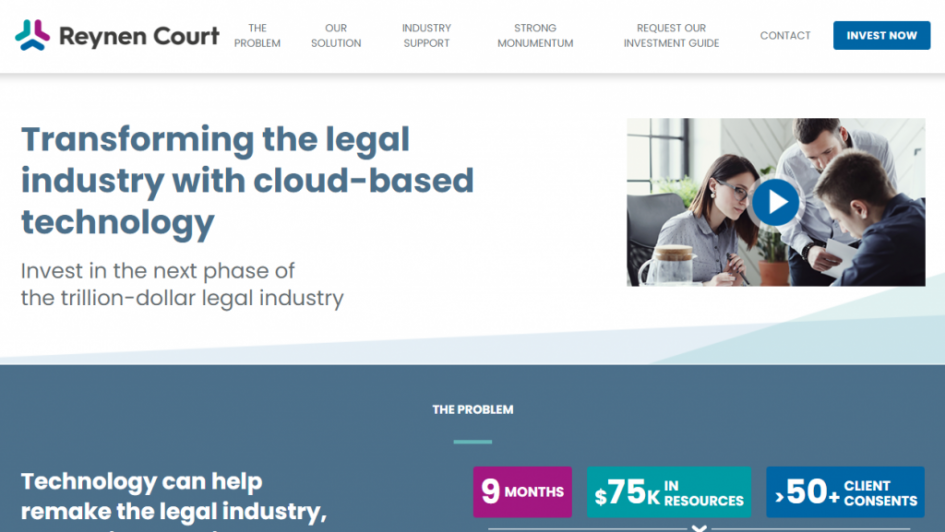 Reynen Court, the so-called app store for legal technology, today launched a general solicitation stock offering in order to bring on individual lawyers and “legal technology enthusiasts” as investors in the company.
The offering, which is described at invest.reynencourt.com, is being made under Rule 506(c) of the federal securities laws, which provides an exemption to the general prohibition against issuers broadly soliciting and advertising an offering.
Under Rule 506(c), purchasers must be U.S.-based “accredited investors,” which generally means that they meet certain income and net worth requirements, and the issuer must verify that purchasers meet this requirement.
Purchasers receive restricted securities, which are previously issued securities that are not freely tradable.
Reynen Court has already received $19 million in investment capital from venture funds and four major law firms, including $4.3 million raised earlier this year. This offering is an extension of that recent round, the company said.
Reynen Court said this online offering “is