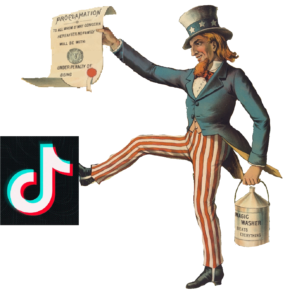 Following a move conducted by the executive branch, Congress recently moved forward banning the use of TikTok on federal government devices. The purported ban was declared necessary by officials due to the national security concerns about the China-based owner of the app, ByteDance. State Universities in Oklahoma, Texas, Georgia, and Alabama have also imposed similar bans on tiktok.
TikTok spokesperson Brooke Oberweter said that the move was, “a political gesture that will do nothing to advance national security interests”. The U.S. government is not the first country to ban the social media app, TikTok has been banned in Indonesia, and India. In both instances the ban was temporary and was implemented in the wake of political and border disputes.
At the technological center of the controversy is a report from software researcher Felix Krause. This report that identified the JavaScript Code which has been alleged to “harvest